MinStaff Survey relocated the Head Office to Toowoomba in 2005 and has grown to become the most diverse and capable surveying firm within the region. Operating over 15 survey crews, MinStaff Survey’s Toowoomba Office has strong relationships with both the public and private sectors and services projects throughout Southern Queensland and Northern New South Wales. 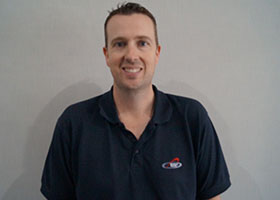 Commencing with MinStaff Survey in 2008 as a Surveyor, Rowan has progressed into the role of Cadastral Survey Manager. Rowan is Registered Surveyor with SBQ and has a Cadastral Endorsement, he is also a Licenced Surveyor in NSW & the NT. Rowan is responsible for all Cadastral Survey works completed by the company and his diligence and professionalism is the reason MinStaff Survey have such an outstanding requisition rating with DNRM. 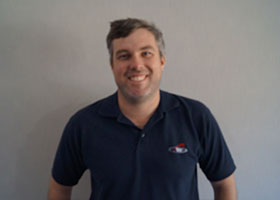 Starting as an Undergraduate Surveyor in 2010, Matt took the lead role of implementing UAV systems into the Company. Matt is the Company’s Chief Pilot, supervising the operation of both fixed wing and multi-rotor craft. In addition to his UAV works, Matt project manages several civil, construction, cadastral & GIS projects undertaken by the MinStaff Survey and provides outstanding direction and guidance to junior survey staff within the Company.

Simon Dennis commenced with MinStaff Survey in 2011 and was employed on a FIFO basis, being seconded to works throughout the country. In this capacity, Simon played a key role on the Curtis Island APLNG Project as well as several mining projects throughout the Pilbara and Central Queensland. As a permanent fixture of our Toowoomba Office since 2015, Simon has been an integral part of several major local projects whilst developing MinStaff Survey’s laser scanning division to devise practical and cost effective scanning solutions for our clients. 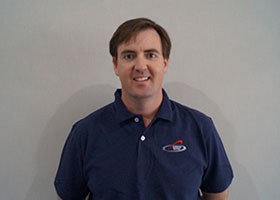 Zac Manteufel started with MinStaff Survey in 2015 and quickly established himself as a key person within the Company. Zac is an exceptional surveyor, equally capable to service cadastral and/or civil and construction projects. Zac’s dedication towards his work is unrivalled and his work ethic and performance has ensured many projects were completed accurately, on-time and under budget. Zac’s major project involvement included the Bailey Henderson Hospital, the Toowoomba Waste Transfer Facility & the Warrego Highway Upgrade (Oakey-Dalby).

In 2016 Alex returned to Toowoomba and commenced employment with MinStaff Survey. Alex has proven himself to be a highly capable surveyor- managing his own cadastral and engineering projects, the most notable being the P2N Inland Rail Project where Alex has been responsible for the implementation and undertaking of the POSI works (Preservation of Survey Infrastructure) component. Alex has also played a key role on other key local projects including the Living Gems Developments (in both Highfields & Toowoomba) & the Orchard Subdivision in Westbrook.